It’s not Fashion Week without some styles that are so strange, they’re hilarious. Not that I don’t appreciate creativity and artistry. There’s a reason runway shows are distinguished from ready-to-wear, because it allows designers to explore certain concepts that they wouldn’t be able to do otherwise. But I’m a firm believer that art needs to engage the audience, to provoke thinking, not befuddlement. If the viewer has no idea what the artist is trying to convey, then the dialogue is lost. If the emperor is naked, then someone needs to point it out.

Here are 8 styles that left me in confusion (perhaps you can lend some clarity?): 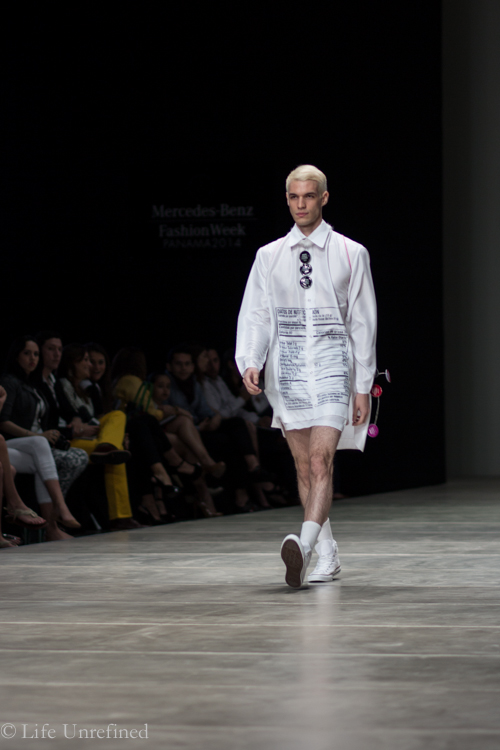 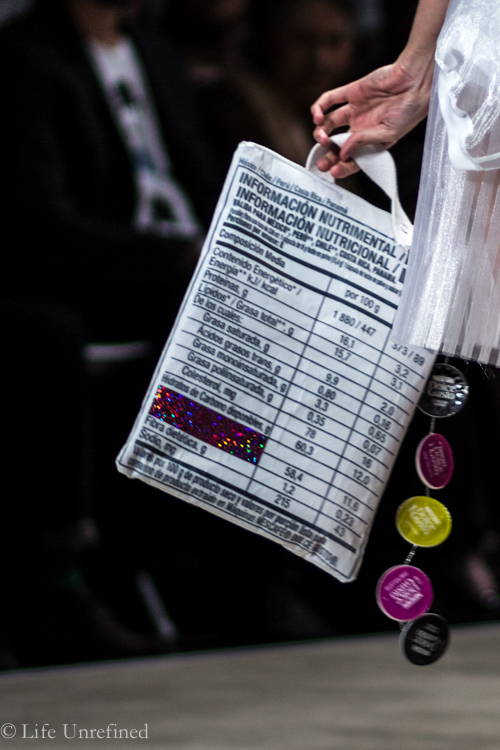 Chanel has the $12,500 grocery basket, and Anya Hindmarch has the cereal box clutch, so I guess it only makes sense we should sport nutrition facts on our wardrobe as well. 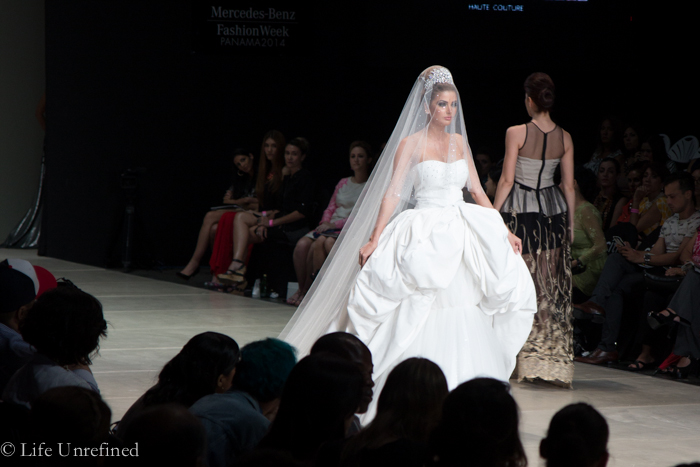 This takes the puffy wedding dress trend to billowy new levels. Mr. Wonderful’s commentary: “It’s like a chef’s hat!” The model behind her is wearing a sheer dress over a peplum top. Why? 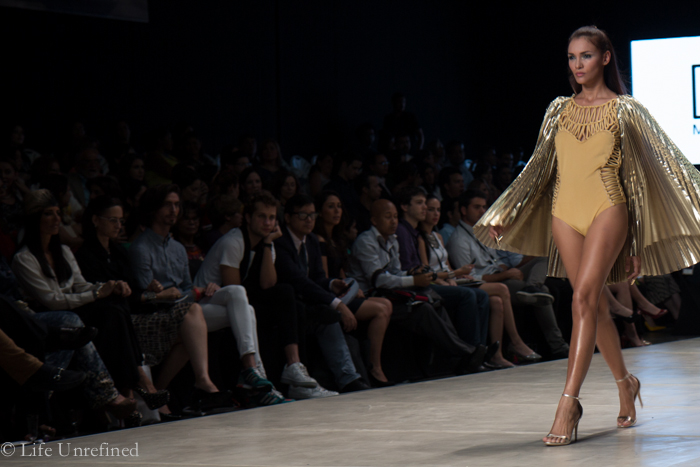 Gold batwoman on the beach heading your way. Fierce. 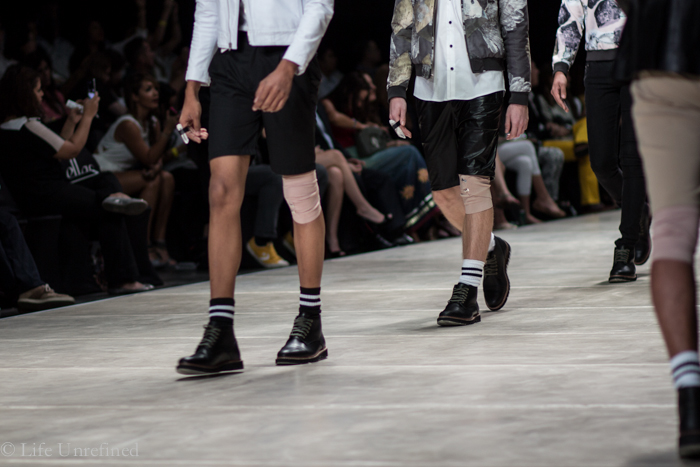 Being hurt is in. So is taping a long piece of quartz to your finger. 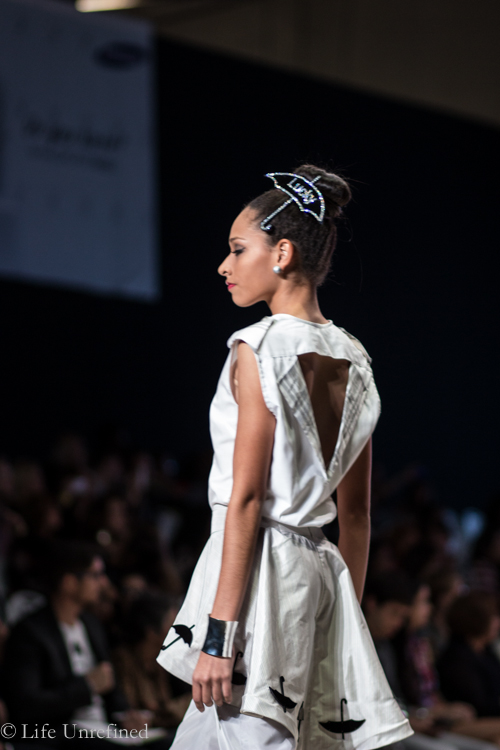 The umbrella hairpin says “Lucky,” but I would feel pretty unlucky wearing this outfit. 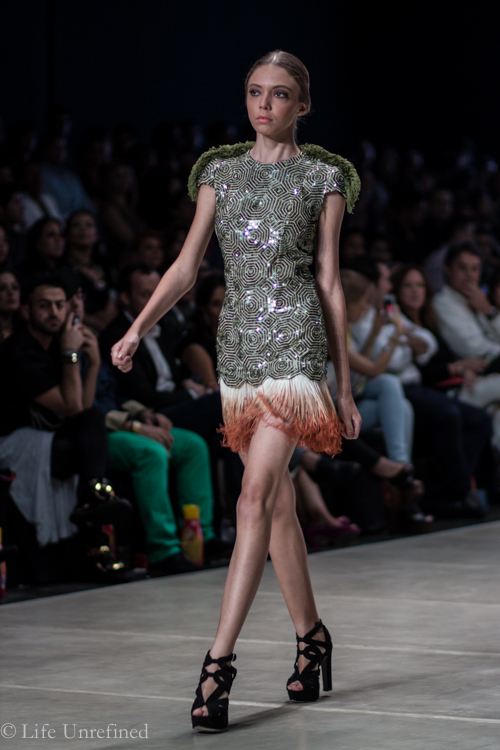 The model thinks there is some large, green fuzzy thing on her shoulder, but she’s afraid to look. 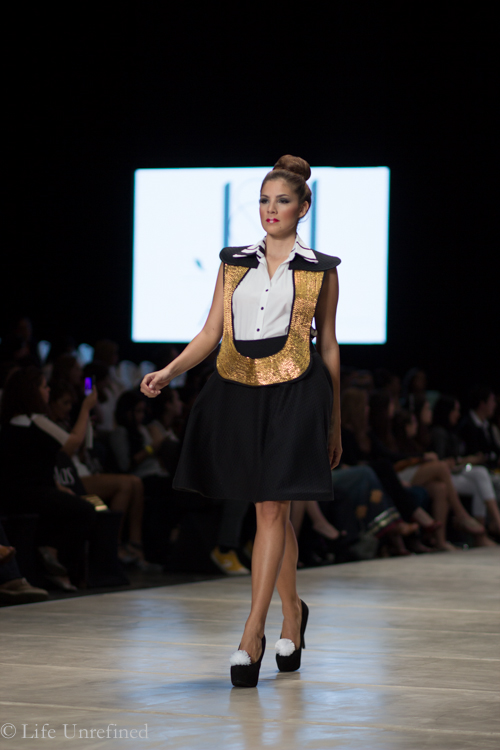 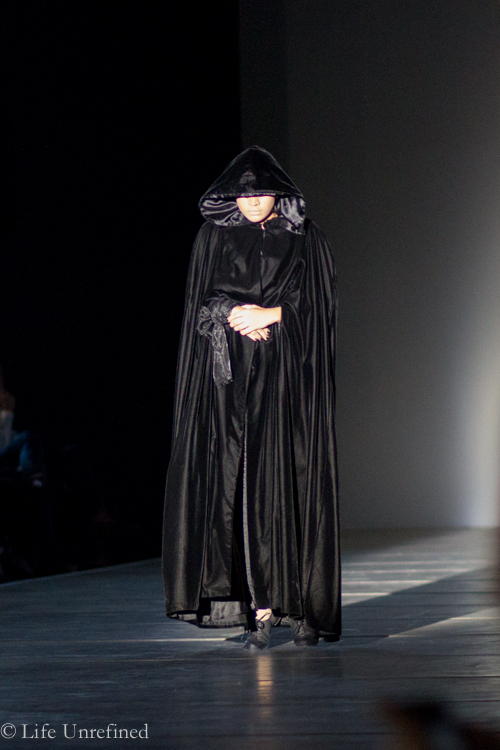 I wonder what she’s hiding behind the hood? 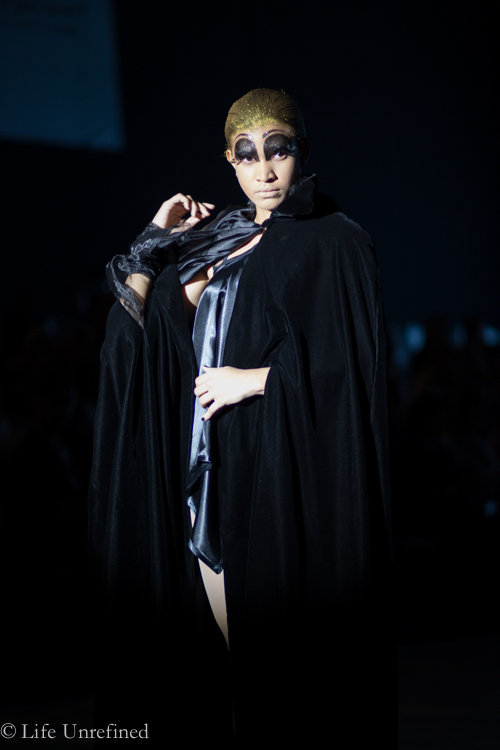 Never mind. The hood can go back on.

What’s your take on some of these looks? Don’t forget to read my other post about Panama Fashion Week here!