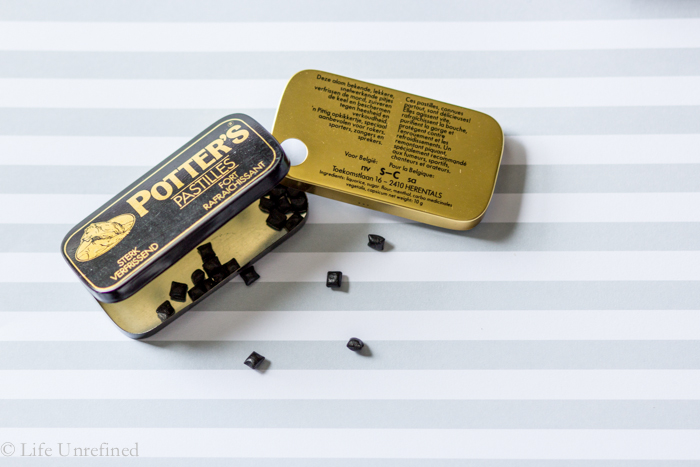 On cue, Mr. Wonderful took out a mint and popped it into his mouth.

So you can imagine how much junk has accumulated after eight years of living together in the same place.

With our recent decision to move from the suburb to the city of San Francisco (where the average rent is now more expensive than New York City!), we also faced a loss of over 400sq ft worth of space. Having lived out of a suitcase for seven months, we figured it would be easy to throw out a bunch of things. And whatever didn’t fit into our new apartment, we would stuff into an external storage unit at $90/month. It seemed like a small price to pay to hold onto our childhood memories and sporting goods. Two carloads to Goodwill later, we congratulated ourselves.

Then Mr. Wonderful read this blog. Somehow he became convinced that we could actually get rid of almost everything in our storage unit, too.

I laughed. “What, you’re going to get rid of your golf clubs?”

None. I wouldn’t bother saving any of it if our storage unit caught on fire. In fact, I would probably feel somewhat relieved.

So…we did it. I still can’t believe it, actually. We did manage to fit a few more boxes at our new place, and I didn’t quite throw out all my greeting cards (things that make you smile are still worth keeping) but Mr. Wonderful did indeed get rid of his golf clubs. I’m so proud of him. I’m so proud of us.

“Hey, I haven’t had these in awhile,” Mr. Wonderful said, pulling out the same tin of mints I almost threw out a decade ago. He popped one in his mouth.

What are you holding onto that you should probably donate or throw away?